Premier Strategy Box is a RevOps and SalesOps-focused consulting firm committed to supercharging your company's revenue potential through cutting-edge alignment strategies that offer nothing but extraordinary growth.

The story of Premier Strategy Box started with Mick Hunt, a highly successful entrepreneur who started an Insurance Agency from scratch and grew its revenue to $3.2 Million in just 3 years. Right after starting his agency, Mick realized that a lack of cooperation among his business's marketing, sales, and operations departments were taking a heavy toll on his company's growth. Similarly, he also had to face the challenges of accountability as there was no system in place to oversee the workers' performance.

These multi-dimensional challenges compelled Mick to develop a coherent strategy –the kind of strategy that could target all the problems at their roots. So, he delved deeper into his company's operations and, after conducting an in-depth analysis of all the processes, came up with a comprehensive plan that improved the collaboration among various departments, drove full-funnel accountability, and improved customer retention, all while making his company an unbeatable force in the market.

For Mick, revolutionizing his company's processes was as much about effective KPIs and top-tier RevOps processes as it was about technical know-how. It was his extraordinary drive and unconventional KPIs that defied the odds and steered his company towards a $3.2 Million revenue-generating giant in just three years!

Motivated by his remarkable success, Mick decided to launch a platform where he could share his knowledge and help other companies in their revenue generation endeavors. So, it was his unwavering desire to turbocharge other businesses' profits through RevOps solutions, coupled with his unmatched understanding of SalesOps processes, which finally resulted in the formation of Premier Strategy Box. It's a firm where your business dreams are transformed into reality.

Prior to forming Premier Strategy Box, Mick was an Independent Agency Owner, Executive Director of a large Florida-based MGA, and an Independent Consultant.

When he's not focused on growing your revenue, Mick is usually focused on all things New England Patriots, UGA and UNC Football, and UNC Basketball!!

While she is away from the office, she loves  being at the beach. 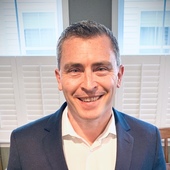 After serving 4 years in the Army and receiving his degree in Business, his father asked what he wanted to do with his life.  He told him "I had no idea."  His father introduced Mike to a fantastic life insurance agent, and he's been in this industry ever since.

During Mike's 20 plus years of experience, he's owned an agency and directed an insurance agency inside a bank. Mike likes being an agent but he enjoys helping agents achieve success even more.

Darius grew up in Siler City, NC, and completed all his schooling in NC. He loves all types of music from Pavarotti to Nirvana. If you get Darius talking about music, you could talk for HOURS!!

When he's not working, he's either in the kitchen testing new recipes or hiking with his Goldendoodles: Jackson and Kobe. Darius sings and used to be an actor, and he is a member of the NAACP as well as a frequent volunteer at the LGBT Center of Raleigh.